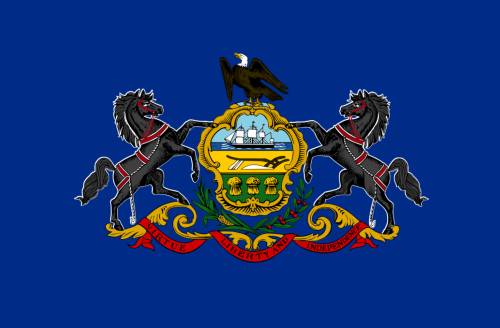 Perhaps the only way I can describe Pennsylvania’s knife laws is disappointing. Upon cursory review, you might want to congratulate the state for being so pro-knife: you can own virtually any kind of knife except automatics and switchblades, and may legally carry pretty much any other kind of knife you want, to include such common legal targets as daggers, dirks, bowies, machetes and others.

But there is a dark side to Pennsylvania’s law and it is not immediately apparent after a casual read through. Pennsylvania knife laws frankly make prosecuting on the grounds of a violation or assumed violation of the knife law entirely too common and too easy.

This is another state that relies heavily on legal precedent and a working knowledge of the state’s history when it comes to knives. Learning both is essential for knowing exactly where you fall when carrying a knife concealed or openly in the state.

To complicate matters Pennsylvania lacks statewide preemption on knives, and one of its cities, Philadelphia (among others) is home to the absolute most restrictive knife laws in the entire country. This is a state where you will be quite literally on edge the entire time you’re carrying a knife outside your home. We will try and unravel this complex puzzle below.

What You Need to Know

The only category of knife that Pennsylvania explicitly bans from ownership are switchblades and any knife that is designed for the infliction of bodily injury with no “common lawful purpose”.

Specifically, the statutes also specify that one may own a switchblade so long as it is in a collector context, meaning at your home and specifically in place as part of a collection, not ready to be used as a weapon for defense.

Unfortunately, the nebulous language used to define switchblade in the state of Pennsylvania puts assisted opening knives on perilous ground. Many otherwise entirely common and pedestrian knives make use of spring-assisted operation to open, even though they are not opened by a locking button or lever release mechanism. You should possess and especially carry assisted-opening knives with the utmost caution.

Also understand that Pennsylvania explicitly bans any kind of knife that is designed for the infliction of bodily injury with no common, lawful purpose.

A common and lawful purpose is not defined in the state statutes, and this makes it extraordinarily likely there will be interpreted to mean whatever the police, the prosecution and the judge want it to mean.

Know that Pennsylvania’s total lack of preemption concerning knives has made several cities and other localities fertile ground for insanely restrictive knife laws.

Probably the crown jewel of knife lunacy in America is dubiously granted to Philadelphia, a place where you are completely forbidden from possessing any knife of any kind whatsoever outside of your home unless it is directly related to work or a task that you are currently engaged in.

Philadelphia defines a cutting weapon as any tool with an edge capable of inflicting a cutting wound.

Be careful out there…

One may be in possession of any knife so long as it is not an offensive weapon. Pennsylvania defines an offensive weapon as a dagger, knife, razor or cutting instrument with a blade that is exposed in an automatic way via switch, push button, spring mechanism or otherwise.

Though this sounds very much like the language typically encountered in other states that ban these types of knives from various circumstances specifically, it is referring only to knives that open automatically, i.e. a switchblade.

Be warned that Pennsylvania has made it very easy for the state to prosecute people for weapons violations or presumed weapons violations, and you should carry any knife more threatening than the smallest, most pedestrian folding knife with extreme discretion.

Pennsylvania makes no distinction when it comes to carrying a knife with a permit as opposed to without a permit. The only way you should ever carry a knife concealed in Pennsylvania is with great and deliberate care.

The open carry of any legal knife is permitted in Pennsylvania.

You cannot carry any knife of any kind into a school building or onto school property, be it public or private. You also cannot carry your knife into any courthouse or courtroom.

Pennsylvania has the potential to be a fine state when it comes to knife ownership and knife carry, but currently it only has one half of the equation down pat.

You may own nearly any kind of knife except a switchblade but when it comes to carrying a knife you’re only one mistake away from being charged with weapons possession thanks to some questionable statutes and a history of prosecuting against civilian carry and ownership of knives.

The whole thing is made worse by the state’s total lack of preemption law.

(a) Criminal instruments generally.–A person commits a misdemeanor of the first degree if he possesses any instrument of crime with intent to employ it criminally.

(b) Possession of weapon.–A person commits a misdemeanor of the first degree if he possesses a firearm or other weapon concealed upon his person with intent to employ it criminally.

(d) Definitions.–As used in this section, the following words and phrases shall have the meanings given to them in this subsection:

“Instrument of crime.” Any of the following:

(1) Anything specially made or specially adapted for criminal use.

(2) Anything used for criminal purposes and possessed by the actor under circumstances not manifestly appropriate for lawful uses it may have.

“Weapon.” Anything readily capable of lethal use and possessed under circumstances not manifestly appropriate for lawful uses which it may have. The term includes a firearm which is not loaded or lacks a clip or other component to render it immediately operable, and components which can readily be assembled into a weapon.

(a) Offense defined.–A person commits a misdemeanor of the first degree if, except as authorized by law, he makes repairs, sells, or otherwise deals in, uses, or possesses any offensive weapon.

(1) It is a defense under this section for the defendant to prove by a preponderance of evidence that he possessed or dealt with the weapon solely as a curio or in a dramatic performance, or that, with the exception of a bomb, grenade or incendiary device, he complied with the National Firearms Act (26 U.S.C. § 5801 et seq.), or that he possessed it briefly in consequence of having found it or taken it from an aggressor, or under circumstances similarly negativing any intent or likelihood that the weapon would be used unlawfully.

(3) This section shall not apply to any person who makes, repairs, sells or otherwise deals in, uses or possesses any firearm for purposes not prohibited by the laws of this Commonwealth.

(c) Definitions.–As used in this section, the following words and phrases shall have the meanings given to them in this subsection:

“Firearm.” Any weapon which is designed to or may readily be converted to expel any projectile by the action of an explosive or the frame or receiver of any such weapon.

“Offensive weapons.” Any bomb, grenade, machine gun, sawed-off shotgun with a barrel less than 18 inches, firearm specially made or specially adapted for concealment or silent discharge, any blackjack, sandbag, metal knuckles, dagger, knife, razor or cutting instrument, the blade of which is exposed in an automatic way by switch, push-button, spring mechanism, or otherwise, any stun gun, stun baton, taser or other electronic or electric weapon or other implement for the infliction of serious bodily injury which serves no common lawful purpose.

§ 912. Possession of weapon on school property.

(a) Definition.–Notwithstanding the definition of “weapon” in section 907 (relating to possessing instruments of crime), “weapon” for purposes of this section shall include but not be limited to any knife, cutting instrument, cutting tool, nun-chuck stick, firearm, shotgun, rifle and any other tool, instrument or implement capable of inflicting serious bodily injury.

(c) Defense.–It shall be a defense that the weapon is possessed and used in conjunction with a lawful supervised school activity or course or is possessed for other lawful purpose.

§ 913. Possession of firearm or other dangerous weapon in court facility.

(a) Offense defined.–A person commits an offense if he:

(1) Except as otherwise provided in paragraph (3), an offense under subsection (a)(1) is a misdemeanor of the third degree.

(2) An offense under subsection (a)(2) is a misdemeanor of the first degree.

(f) Definitions.–As used in this section, the following words and phrases shall have the meanings given to them in this subsection:

“Dangerous weapon.” A bomb, any explosive or incendiary device or material when possessed with intent to use or to provide such material to commit any offense, graded as a misdemeanor of the third degree or higher, grenade, blackjack, sandbag, metal knuckles, dagger, knife (the blade of which is exposed in an automatic way by switch, push-button, spring mechanism or otherwise) or other implement for the infliction of serious bodily injury which serves no common lawful purpose.

When recent graduates of high school go off on their own... read more 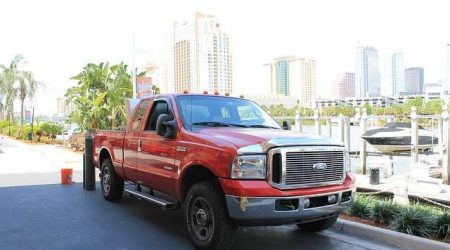 Surviving SHTF in Your Car

Bugging out is a central idea in prepping, and serious preppers... read more 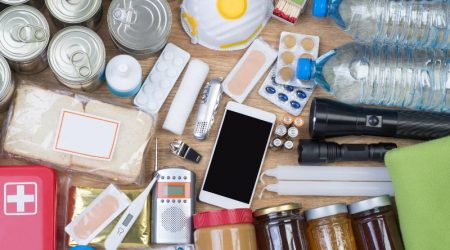 Disaster can strike at any moment, so purchasing or building a... read more

As winter comes upon the country, it’s vital to you and... read more

How To Tie A Square Knot | Step-By-Step Instructions

Learn how to tie a square knot and add this to... read more

Where to Get the Best Survival Training

Survival skills ensure a person has the means to live through... read more 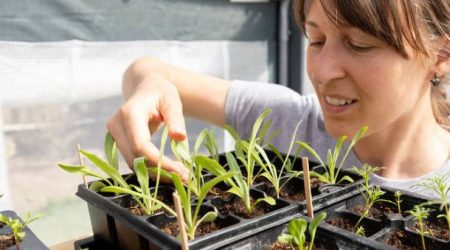 Seed Starting for Preppers – What You Need to Know

The importance of seed starting cannot be stressed enough. It should... read more 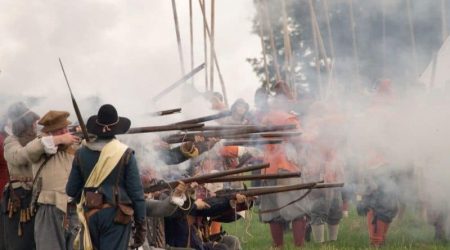 Prepping for and Surviving Civil War

Quite a few preppers have based all of their training, accumulation... read more

Survival Tips From The TSP Community | The Survival Podcast [LISTEN]

For a few weeks now I have been asking you guys... read more